University of Delhi deployed its first Campus-Wide Network in both of its campuses (North and South) during the year 2000-2002. The existing network is a three-tier hybrid topology network comprising of more than 100 km optical fiber cable. The University is provided with 10 Gbps shared connectivity from NKN and serves it over the entire campus and its collges through multiple core switches (both the campuses), 5 zonal switches and large number of access switches. University of Delhi Deployed its first Wi-Fi network in the year 2014 with around 500 access points.

As the users are migrating to newer mobile platform, the existing network is now falling short to serve its purpose. The existing network of the University is more than 18 years old and most of the first phase equipment are now out of life and out of service. The number of active users in the University has increased significantly. University has already initiated new services like high performance computing, IP telephony, Virtual Classrooms, ERP, Digitization and IP based surveillance etc. (including mentioned under recent initiatives), which is difficult for existing network infrastructure to cope up with this increasing and large demand. 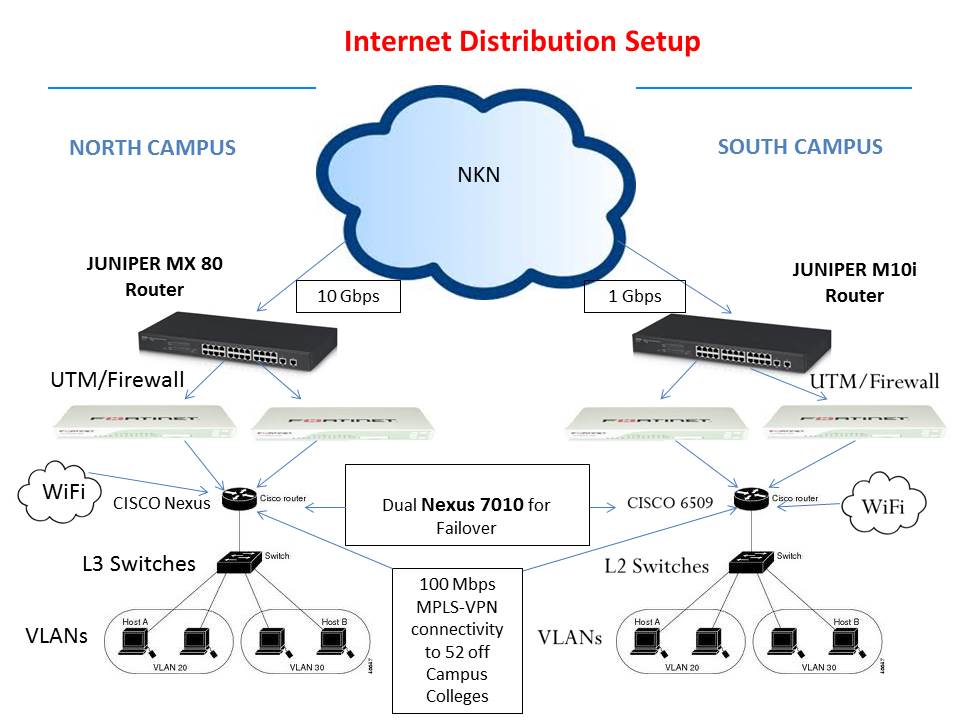